3 Of The Healthiest Eating Patterns In The World

The World Health Organization (WHO) has estimated that 80% of coronary heart disease and type 2 diabetes mellitus, as well as 40% of cancers, could be prevented by improving three health behaviors: eating habits, physical activity and use of tobacco.

Eating habits, therefore, can become the most important modifiable risk factor, on which, in fact, many scientific studies continue to focus. It is now known: a healthy diet should be based on balanced meals, in quantity, and balanced in nutrients, with abundant presence of fruit and vegetables, up to 10 portions according to an English research, low-refined foods and limiting foods of animal origin. It is, on closer inspection, the Mediterranean diet, not surprisingly Unesco intangible heritage, by virtue of its positive effects for health, universally recognized and scientifically proven.

However, is it the only beneficial eating pattern? It seems not. The experts, in fact, have identified 3 healthy diets worldwide, which, in addition to the Mediterranean, include the Nordic one and Okinawa, that is the one based on the typical diet of the Japanese island of the same name and which became famous. Let’s see together what are the secrets of these 3 food models of health.

The famous oncologist, father of the Veronesi Foundation which deals with research and scientific progress, argued that to promote longevity, increasing life expectancy, but above all its quality, it was necessary to take care of the diet, eating little and vegetarian. Indeed, if we wanted to find a major commonality between the three best healthy diets in the world, we could highlight the fact that they prefer plant-based foods and the use of fish and lean meat as an alternative protein source.

The three food models are very similar in their anti-inflammatory purpose, but use different foods based on the socio-cultural-geographical context from which they come.

So let’s see specifically the characteristics of each.

Latest from the Blog

Blog
If you are eating healthy, you already know the world healthiest patterns. But there are days, that all of us want something sweet to feed the souls. With this recipe...
Read More 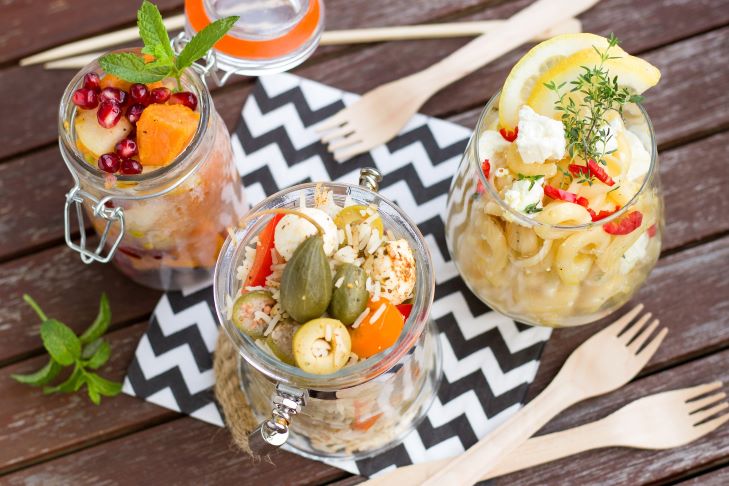 Blog
Every generation has its favorite healthy patterns, that start from celebrities and come to our day life. Keto diet is one of the most commented and has its fans all...
Read More 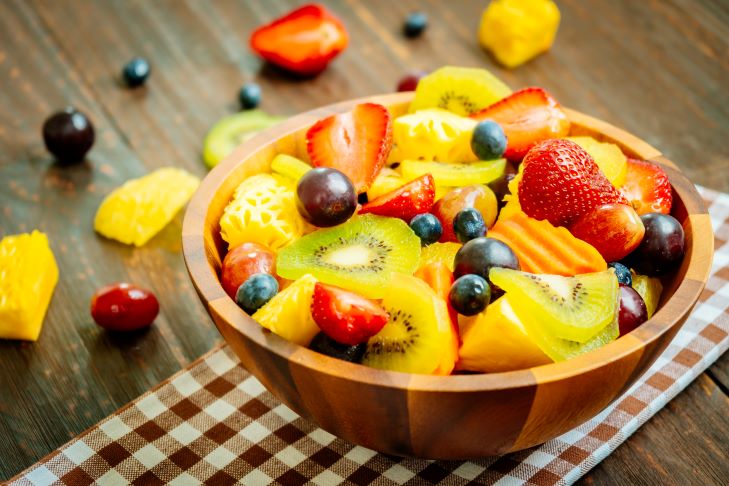 Blog
Have you heard of the ketogenic diet, also known as the keto diet? Now, what is this diet about? What are its pros and cons? Get to know it and...
Read More

First of all, as mentioned, it is possible to identify some elements common to the three dietary models considered healthier by the scientific world. It is about: 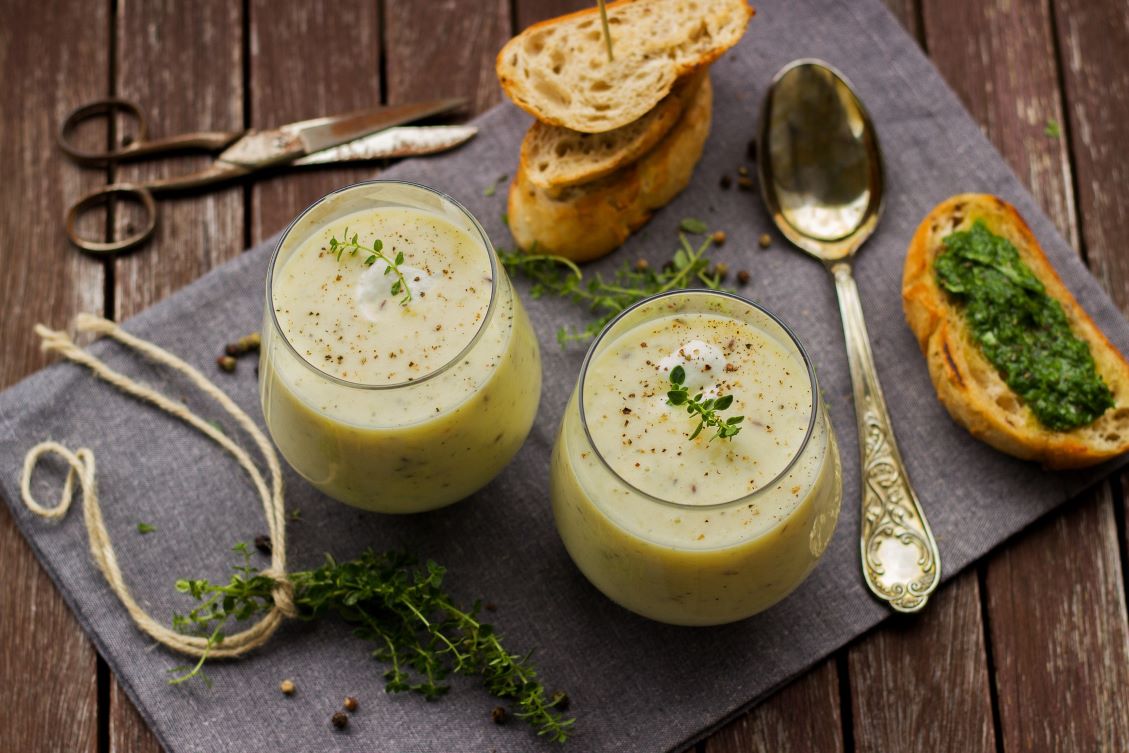 It is a typical diet of the countries bordering the Mediterranean basin, which follows the recommendations of the food pyramid, for which the main foods are seasonal vegetables and fruit and whole grains. The Mediterranean diet pattern, in fact, provides an unrefined cereal reference, which for us is the pasta, but it can be the couscous in Morocco, the rice in Spain, but also mile or more, fruits and vegetables typical of the Mediterranean according seasonality, legumes, as the main protein source, extra virgin olive oil as a condiment and blue fish, while other foods of animal origin are very limited. Furthermore, the watchwords are seasonality and tradition, which make it a type of cuisine that is not very elaborate and healthy.

In fact, what are the beneficial effects on health?

The Mediterranean diet, among the healthy diets, is recognized as a food model that promotes longevity and prevents diseases, especially cardiovascular diseases, as the American scholar Ancel Keys had already noted in the 1960s

In fact, it is based on unrefined foods, rich in fiber, Omega-3 and antioxidant substances, whose synergistic action prevents and counteracts numerous diseases, in particular:

Nordic Diet: For Those Suffering From High Cholesterol 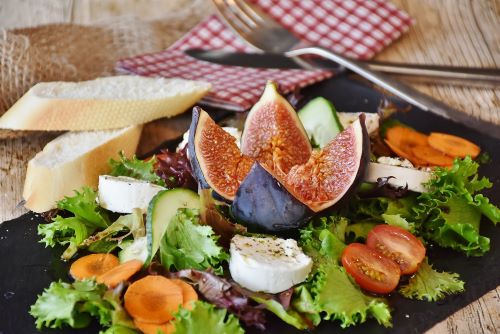 Here we refer to the food model of the countries of Northern Europe. Not surprisingly, the famous Swedish doctor Bertin Marklund added attention to nutrition, reminding us that we must “bring the rainbow to your plate”.

In fact, the Nordic diet, like the Mediterranean one, is based on a variety of foods and nutrients, not only Lefse, the famous Norwegian potato bread, but above all fish, even for breakfast, vegetables, fruit, cereals and eggs, while they are very rare. meat, cheeses and spirits.

Unlike the Mediterranean model, however, here the extra virgin olive oil is replaced by rapeseed oil, for geographical and cultural reasons.

The Nordic diet is considered healthy because it improves the body’s lipid profile and insulin sensitivity, managing to lower blood pressure and reduce body weight.

In particular, scientific evidence has shown that the Nordic food model is particularly effective for those suffering from high cholesterol. Furthermore, it is a diet that acts as an anti-inflammatory in the case of abdominal fat, helping to lose weight, reducing the risk of contracting type 2 diabetes and other chronic diseases.

Vegetarian-type diet is to enjoy the protective effect of fruit and vegetables, also taking the example of the poor diet of the inhabitants of the Japanese island of Okinawa. Scientific studies have looked for the factors that made the elderly Okinawans particularly healthy and long-lived, and found them in the type of diet.

The traditional Okinawan diet, with Southeast Asian influences, is based on the consumption of green and yellow vegetables and fruits (e.g. peppers and bitter melon) rich in fiber, sweet potatoes, soy foods ( tofu and soup miso in particular ), jasmine tea, plants and spices instead of salt, especially turmeric. More rare, but periodically consumed, are fish (seafood) and lean meats. For the researchers it is a low-calorie and very nutritious diet, which promotes longevity as it is rich in vitamins, minerals and phytonutrients, many of which have nutraceutical power, or with protective and therapeutic properties.

In particular, among healthy diets, Okinawa is associated with a reduction in cardiovascular and chronic diseases of the elderly, such as cancer and diabetes.

Finally, do not forget that to live well for a long time, experts remember that nutrition is not enough: you need to stay normal weight, stay outdoors and sleep for a sufficient number of hours.